We conceptualised and produced the state-of-the-art Sponsors Hospitality Village for the UEFA Champions League Finals in Munich.

Iventions designed and managed the 15,000 m2, avant-garde Sponsors Hospitality Village for the UEFA Champions League Finals in Munich. This ‘Champions Village’ hosted around 6,000 VIP guests of different UEFA sponsors, all present to see the football competition and feel the vibrations of the stadium and the game. It was one of the largest hospitality facilities for an annual sports event in Europe. Sponsors included Heineken, Sony, adidas, MasterCard, Ford, and UniCredit. UEFA chose us as their highest preference best event management company.

At the Allianz Arena, one of the top 3 most iconic stadiums in the world, we built a complex Champions League Village. With an enormous team and six weeks of building with supplies from over 9 different countries, we created one of the largest temporary hospitality villages ever made. We created 15,000m2 with an ambiance matching no other, delivering top hospitality with bespoke entertainment in a thrilling atmosphere. In a style mimicking that of the world-famous designers of the Allianz Arena, Iventions set up a magical, tightly organised event with an ambiance matching no other.

Iventions should be very proud of what was created because the feedback from the clients, sponsors and UEFA are all positive and full of compliments. 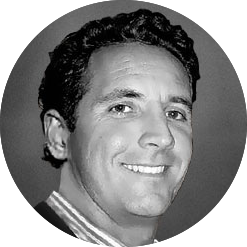 We created 15,000m2 with an ambiance matching no other 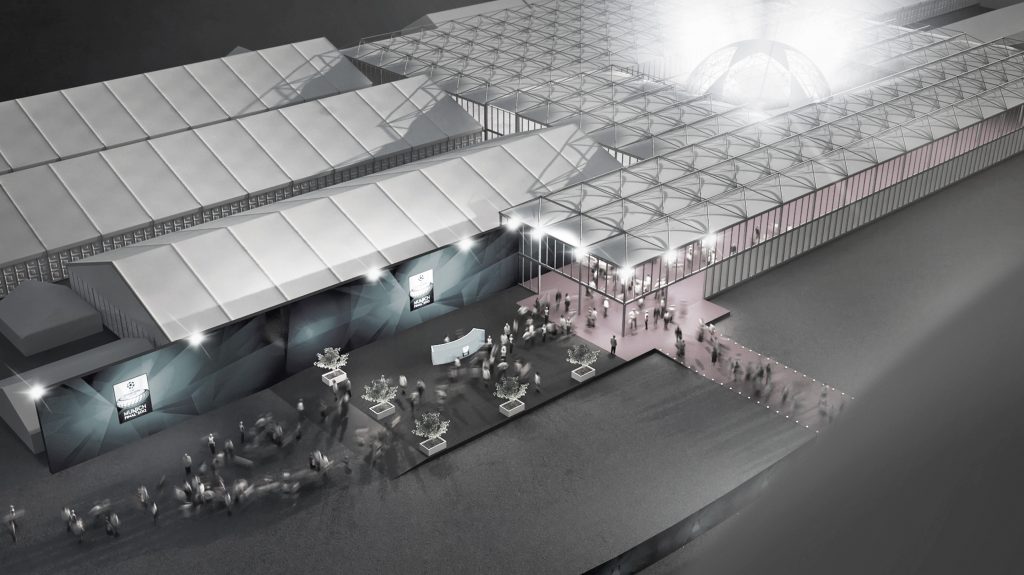 At the Allianz Arena, Iventions adopted architects Herzog & De Meuron’s unique contemporary style in a temporary village, using bright white structures, hi-tech aluminium roof frames and colourful LED mood lighting technology. This stadium has distinct qualities and specific angular lines, which we matched in both graphics and lighting, integrating the strict fire-safety regulations. With this lighting, the Champions Village complemented the entire stadium. Working on the biggest sports’ event of the year, we wanted to correspond that significance to the guest experience.

In six weeks’ time, we transformed a parking lot into a fully functioning city, delivering every aspect, from toilets to tech. Under challenging circumstances and local German regulations, we generated good solutions within close collaboration. In addition, we were able to re-invent the iconic Champions League 3D Starball with a nineteen-meter diameter semi-spherical structure as the centerpiece of the event. This main feature was the shining heart of the hospitality village, turning into every possible colour. Each sponsor booth contained their own unique magical ambiance – for example, for Heineken and MasterCard we designed completely different worlds. Managing this experiential UEFA Champions League Finals Hospitality Village event, Allianz Arena’s Director named us the best event management company they have ever worked with. 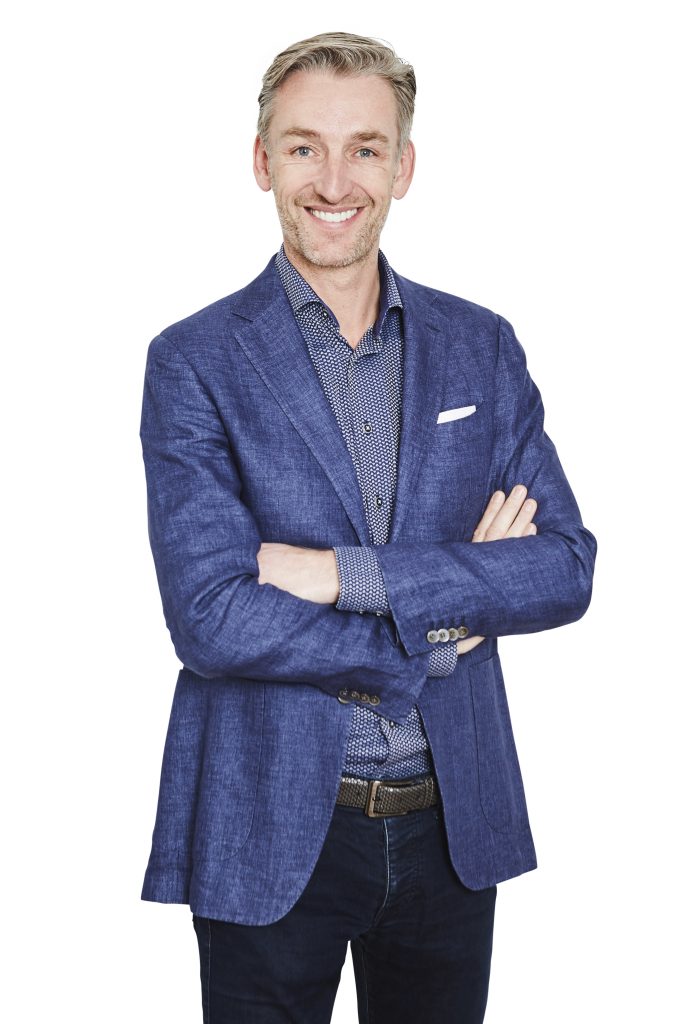 For me as an entrepreneur, this event was most impressive and one of the pinnacle events I’ve created in my professional career.

Stay up to date!

Iventions dislikes spam as much as you do. We will safely store your mail address in our Mailchimp account just to send you 2 or 3 newsletters per year. You can unsubscribe at any time, and we will not share your contact information with 3rd parties.

Leave a message, or just your phone no. and we will call you back.

In order to make us understand your needs properly, please take a minute to fill in the below design requirements.